Reality check for fuel cell use in cruise ship propulsion

The International Maritime Organization’s aim to halve marine greenhouse gas emissions by 2050 when compared to 2008 levels looks beyond the reach of even the most energy-efficient combustion engines. Supplementary or replacement ship-propulsion technologies are therefore required, and while battery energy storage systems (BESS) are proving beneficial on short sea routes and in meeting peak power needs, they alone are not capable of propelling large vessels over long distances.

Against this background, fuel cell technology, which converts hydrogen-rich fuel into electrical and thermal energy by electrochemical oxidation, represents a promising alternative, especially if supported by BESS for peak loads. In the maritime context, the technology takes one of two forms: the polymer electrolyte membrane fuel cell (PEMFC) and the solid oxide fuel cell (SOFC).

The PEMFC is the more mature of the two, offering lower pricing and higher power density than the SOFC. However, using liquid hydrogen (LH) as fuel, a PEM system requires fuel space roughly equivalent to four times that needed for marine gas oil (MGO), and no supporting infrastructure currently exists for bunkering hydrogen. One solution is to use fuel reformers to convert an original fuel such as liquefied natural gas (LNG) or methanol (MeOH) into hydrogen-rich fuel, but for the PEMFC, this requires a sizeable external reformer alongside complex and potentially short-lived water management systems.

In the case of the SOFC, original fuels may be reformed internally. SOFCs are also more efficient at converting hydrogen into electricity, with an electrical efficiency of 60–65% – around 10–20% greater than that of PEMFCs. In addition, the technology’s high operating temperature (750oC) makes it possible to increase efficiency further by exploiting waste heat recovery.

For all the benefits of SOFCs, their smaller power density, higher price and slow load-response, start-up and shut-down times are likely to see their use aboard ships restricted in the short to medium term. However, although Foreship sees PEMFCs making a valuable contribution to vessel propulsion in the years ahead, we believe their potential will be most fully realised in shorter transits where onboard fuel storage of pure hydrogen is not an issue.

Fuel cell facts of life
Where larger ships sailing longer distances – namely cruise ships – are concerned, questions remain regarding the suitability of fuel cell technology. Shipowners need to know whether it is feasible to replace internal combustion engines (ICE) on a cruise vessel with fuel cells in their current form. They also require insight into the heat and energy balance for a fuel cell-powered ship as well as the space needs of a fuel cell system and its impact on the general arrangements of the vessel.

To answer these questions, Foreship used a state-of-the-art reference cruise ship, assessing the impact of three fuel cell solutions – a low-temperature (LT)PEMFC using LH, an LTPEMFC using MeOH  and an SOFC/LTPEMFC using LNG – on the vessel’s performance and comparing them against its ICE.

The reference vessel is a 77,000-gross tonne cruise ship with 900 cabins – and therefore a double-occupancy capacity of 1,800 passengers – and 12,300 square metres of public space. It has a total installed engine power of 46,000 kilowatts from six LNG-MGO dual-fuel engine-generator sets that deliver all the electricity and heat the ship needs. Propulsion is provided by two 15,000-kW electrically driven podded units, and the service speed is 21 knots. Furthermore, two auxiliary boilers provide additional steam and heat when the heat production from main-engine waste flows is not sufficient to cover the demand.

According to Foreship’s findings, all three fuel cell solutions would offer greater electrical efficiency in this set-up than the ICE. In summary:

It should be noted that all values refer to the tank-to-wake process, rather than being based on a well-to-wake evaluation which could take account of the broader impact of renewable energy sources.

Total energy demand realities
However, case 3 suffers significant reformation losses – 1,792,614 MJ – while its steam reformer consumes 860,455 MJ. With neither the ICE nor case 1 requiring reformation, only MeOH+LTPEMFC (case 2) has higher reformation losses and steam reformer consumption, at 5,195,983 MJ and 2,494,076 MJ respectively. These figures contribute to a total energy demand for case 2 of 29,030,407 MJ, which is comfortably the highest among the four options. In addition, case 2 has by far the greatest required fuel capacity in terms of t/w and, while it matches the other fuel cell solutions in causing 0 tons per week of methane slip, it emits the most tank-to-wake carbon dioxide of any solution, at 2,003 t/w?

As the least efficient fuel cell option in absolute terms, case 2 nonetheless offers benefits for ship design. Its ability to use structural fuel tanks in the double bottom instead of large cylindrical pressure vessels saves enough space for 31 extra double occupancy passenger cabins and allows for  12,400 m2 of public space. In contrast, cases 1 and 3 would reduce public space to 11,700 m2.

With several pros and cons to each fuel cell type, deciding which to deploy on board a cruise vessel requires research and reflection. What is clear is that the conventional ICE will not lead shipping to a more sustainable future in line with IMO targets – and in this context, fuel cells are well placed to be among the industry’s favoured power production solutions in the coming years. The more shipowners invest in the technology now, the faster it will mature and the more evident its benefits will become.

In the future, a more detailed analysis will be needed of the actual required performance in relation to endurance and installed power, in order to avoid ‘overengineering’ or overcapacity of systems and to keep volume and weight at manageable levels . 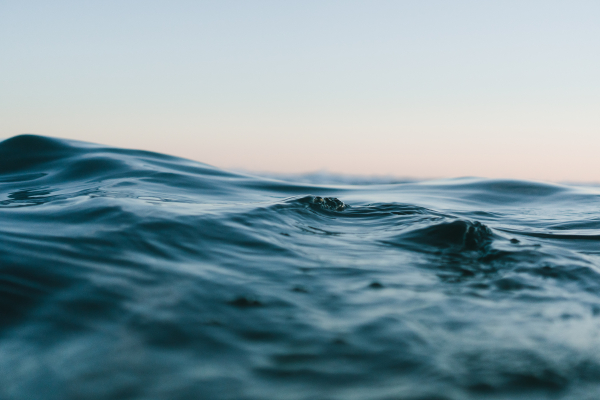