In response to the growing carbon footprint of Europe’s transport sector, which now constitutes almost a quarter of the continent’s greenhouse gas emissions, the European Commission recently proposed a ‘Fit for 55’ package targeting a net emissions reduction of 55% by 2030 as compared with 1990 levels. To help the sector reach this objective, the proposal includes an extension of the European Union Emissions Trading System (EU ETS) to incorporate shipping.

The maritime industry’s inclusion in the EU ETS provides shipping companies with further incentive to cut emissions by adopting environmentally friendly technology, a promising example of which is battery power. Yet although batteries are recognized as an enabler of sustainable inland and coastal shipping operations, their widespread adoption is impeded by systems and electrical integration costs.

To make battery power more accessible to shipowners, the industry requires innovative solutions. Foreship’s containerized battery energy storage system maximizes energy content in the fixed footprint of a 20-foot equivalent-sized structure. Known as an E-House, this installation fulfils all regulatory requirements in terms of both structural integrity and fire safety. It is permanently welded to the ship as an extension of its infrastructure and is generally connected to existing cooling, electrical, machinery and fire-safety systems. 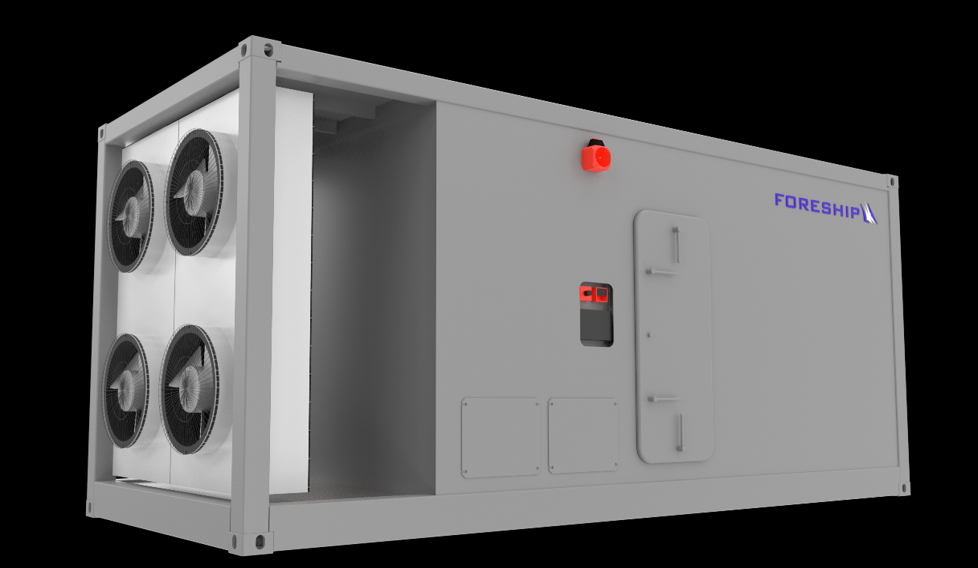 While the set-up can be configured to provide AC or DC output, Foreship’s studies reveal DC voltage to be the preferred option as it maximizes energy density from the same E-House and, thanks to the limited number of main components, minimizes fault occurrence. It is also adaptable to different power levels and offers a lower build cost per kilowatt-hour than its AC counterpart.

Another key consideration for a containerized battery energy storage system is how the battery itself draws energy from the grid. Typically, it would do so via shore charging, but this is time-consuming. EU-funded project Current Direct is exploring an alternative: swapping the E-House when the batteries are empty. The target time, as also defined by the EU funded project Current Direct, for this exchange is just five minutes, reducing port time significantly; and by eliminating the need for shore-connection infrastructure, the method minimizes capital expenditure. Foreship therefore sees ‘swappable’ E-Houses as a viable means of cutting marine emissions – and one that will accelerate the electrification of inland-waterway traffic.

The company’s research into these systems as part of the EU funded Current Direct project, which centered on container ships operating on inland waterways, found that vessels fitted with three E-Houses travelled an average distance of 80 km between swaps, while those equipped with four E-Houses were able to travel 100 km. Meanwhile, ships sailing downstream travelled an average of 120 km between exchanges with three E-Houses and 150 km with four. Foreship also noted that the number of E-Houses required per vessel varied depending on ship type, size and power demand.

As a leading naval architecture and marine engineering firm, Foreship has over a decade’s experience in sizing and designing battery systems on board both existing vessels and newbuilds. It is an expert in energy storage, fuel cells and alternative fuels, with more than 2,000 projects comprising its extensive reference list. 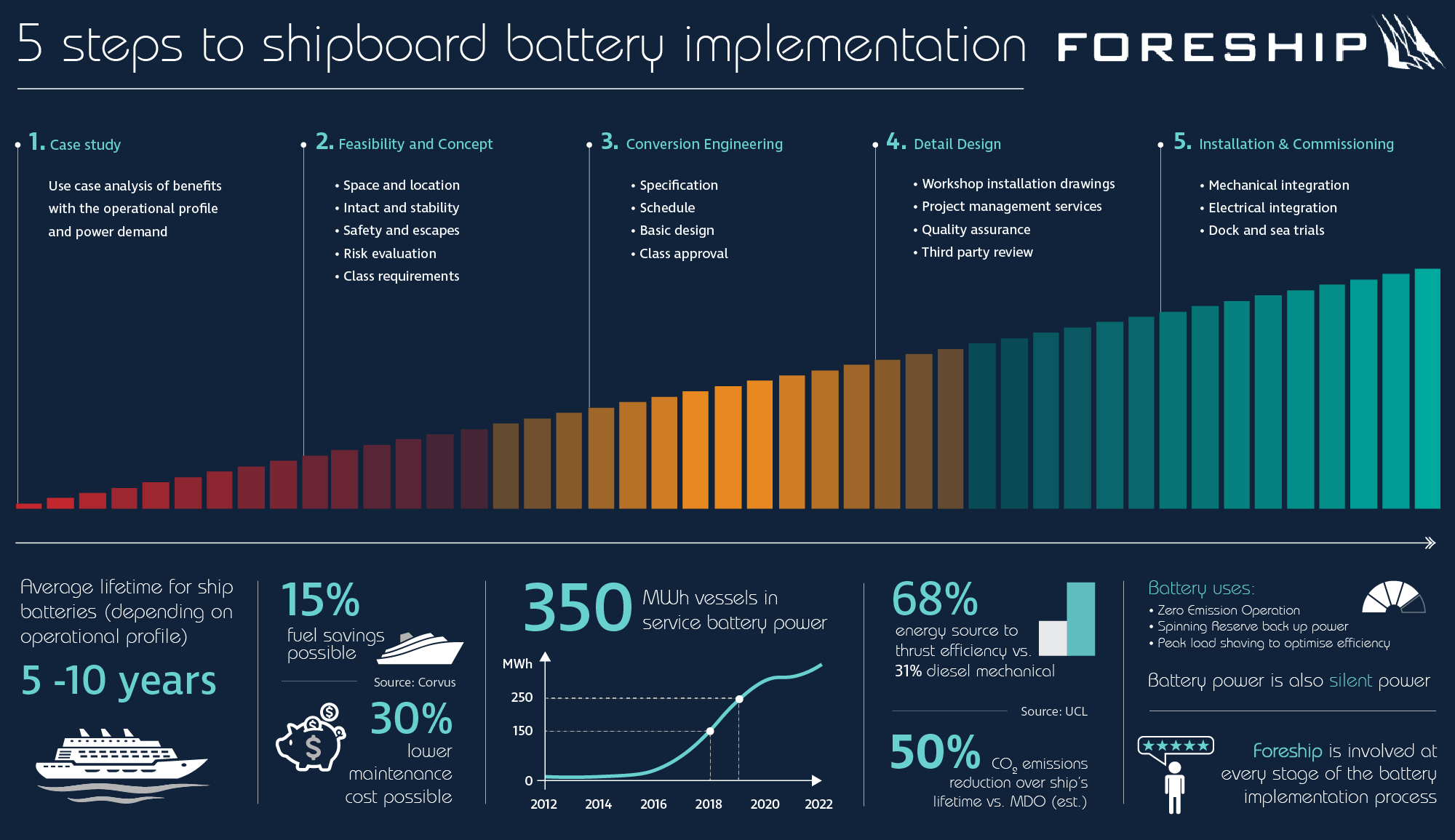 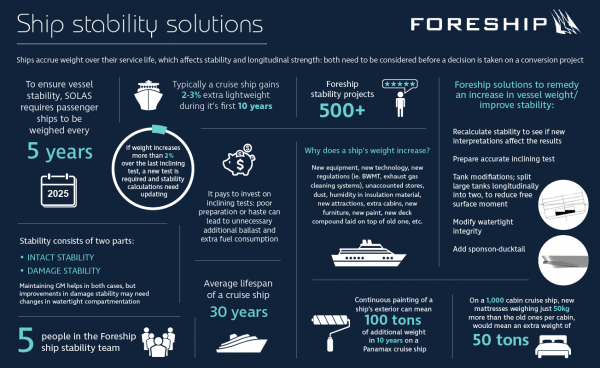 Ships accrue weight over their service life, which affects stability and longitudinal strength: both need to be considered before a decision is taken on a conversion project.