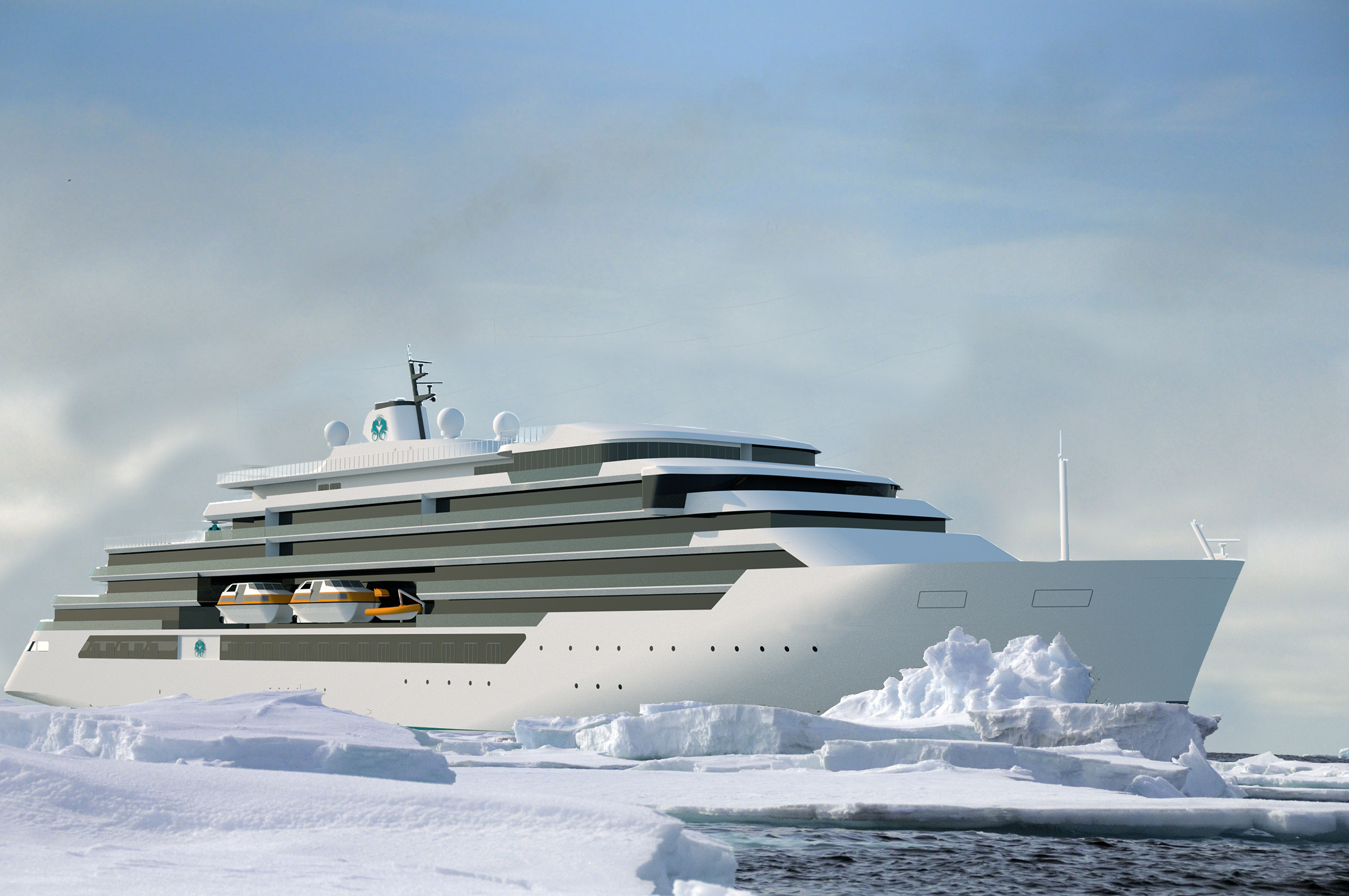 From concept to basic

When cruise ship projects call for cutting edge naval architecture and marine engineering, owners and shipbuilders call Foreship. Few recent projects have called for so full a demonstration of the skillsets available as the expedition ship Crystal Endeavor.

At 20,000 gt, Endeavor is the world’s largest and most spacious expedition yacht. Delivered by Germany’s MV Werften Stralsund in 2021, the 10-deck ship was conceived in 2016 as the first vessel of its type to be purpose-built for Polar operations. The 150m length ship is constructed to cruise in Arctic and Antarctic waters to Polar Class 6/Super 1A ice class standards, and meets Polar Code B requirements for summer and autumn operations in medium "first year" ice.

As well as for adventure, Endeavor has also been built for those who value luxury. The vessel offers space for up to 200 guests in 100 suites, while 200 crew on board ensure exceptional levels of service. With guest adventures inspired by expedition rooms, inflatable boats, jet skis, kayaks, two mini-submarines, a recompression chamber and two helicopter landing pads, attractions also include six restaurants, a theatre, a casino, a solarium, an infinity pool and a wellness centre.

Foreship was engaged to help transform the owner’s vision of a luxury yacht fit for Polar cruising into reality at the project’s outset, in multi-disciplinary role which made full use of its experience and expertise in naval architecture, marine engineering and project management.

Foreship also managed key parts of construction project, liaising between the owner and the builder on achieving milestones, taking care of purchasing and production assistance, securing all documentation approval, and offering naval architectural support to the owner’s interior architects.

As a leading naval architecture and marine engineering firm, Foreship has over two decades of experience in cruise ship design, development and build management, and a reference list of over 2,000 projects.

Today, Endeavor remains the largest and most spacious expedition yacht afloat, whose Polar cruising performance, adventurous attractions and luxury amenities compete for attention in equal measure. When it came to transforming a vision for a new type of vessel into reality, Endeavor’s owner and builder chose to work in partnership with Foreship.

Just let us know how we can reach you, and we’ll get in touch as soon as possible.